Alliance Custom Armory lives and breathes guns, shooting, and hunting.  We put that same passion into the guns we build.  The finest components and the newest technology go into each and every gun.  We also have the expertise to answer all your questions related to guns, ballistics, or long range shooting/hunting.  Want to find out more about our company?  Read what our customers have to say.

Alliance Custom Armory, from the beginning.

With one man’s true passion for all things hunting and shooting, and another’s keen eye for a solid business opportunity, Alliance Custom Armory was born.

At a very young age Chris Meyer became intrigued with shooting, as his interest in the sport grew into an obsession; his perfectionist personality left him wanting better accuracy out of his rifles. This obsession first lead him to reloading; through reloading he was able to maximize the accuracy of his factory rifles. Although this was a great achievement, and allowed him to hone his expertise in reloading, it would only quench his thirst for further perfection for so long. It was not long after that, Chris began contemplating the idea of rebarreling some of his rifles. His first project, rebarreling a Savage 110E chambered in 243, into a heavy barrel 22-250 varmint rifle. It was from this point on; Chris would never look at shooting the same ever again!

His second commission came from a likely source, his brother Brent. By this time Brent had taken up coyote hunting and was looking for the ultimate caliber for predator hunting. He turned to his Big Brother for advice, and the result was the rifle that started it all! Within a couple of months after Brent’s 6mm Ackley Improved was finished, friends of the two, who had seen it and more importantly shot it were eager to have one of their own.

It didn’t take long for Brent, a young entrepreneur who has spent all about 18 months of his life being self-employed, to recognize a great opportunity. With two custom rifles built and three more on order, it was official, Alliance Custom Armory was off and running! Being completely unknown in the world of custom rifles, the orders weren’t piling up as quickly as the brothers hoped. Knowing something needed to be done in order to propel the company to the next level. Brent knew from previous experience in business, that it’s much more difficult to sell a product that doesn’t yet exist. From that point on they would build a variety of rifles that weren’t preordered, with the idea that once they were able to get the rifle into a potential customer’s hands, the odds of making a sale would increase tenfold. And that’s exactly what happened!

Now, moving into its fourth year Alliance Custom Armory continues to build more and more rifles that are not preordered, as well as the many that are. This also helps reduce the lead time on a custom rifle. Most people don’t realize it takes six months or more to get components for a rifle build. By having many rifles in the works and constantly ordering new inventory, it allows them the ability to satisfy customers who call and need a rifle in two months.

Alliance Custom Armory offers a wide range of long range custom rifles on several different actions along with many different gunsmithing services. Alliance prides itself on offering any options a customer desires with the intention of creating a truly one of a kind custom rifle.

Please meet our team below. We look forward to working with you. 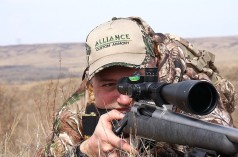 You can also contact us directly by using the form below:

Your form message has been successfully sent.

You have entered the following data: 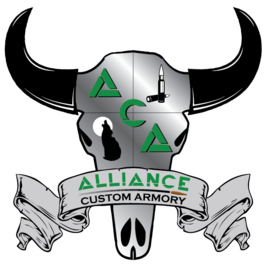 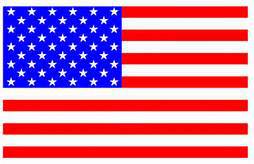 Where to Find Us:

Special Promotion!
Earn $100 in Alliance Bucks for every referral resulting in a rifle sale. Redeemable on any purchases of $1000.00 or more.

We still have many things to be added to our site. So be sure to check back soon! Thanks for visiting.